The Jimny has been an iconic car for Suzuki

Suzuki Jimny is the most popular Mini SUV from Japanese Manufacturer; Suzuki now has launched the fourth generation Jimny in Japan. The small 4×4 SUV will be offered in two variants – the standard version and slightly more equipped and bigger version Sierra.

The standard version of the mini 4×4 SUV will be powered by a 0.66-litre turbocharged, 3-cylinder petrol engine, while the Jimny Sierra will get a 1.5-litre, naturally-aspirated 3-cylinder petrol motor that churns out 100 bhp. Both the engines are paired to either a 5-speed manual or a 4-speed automatic gearbox. 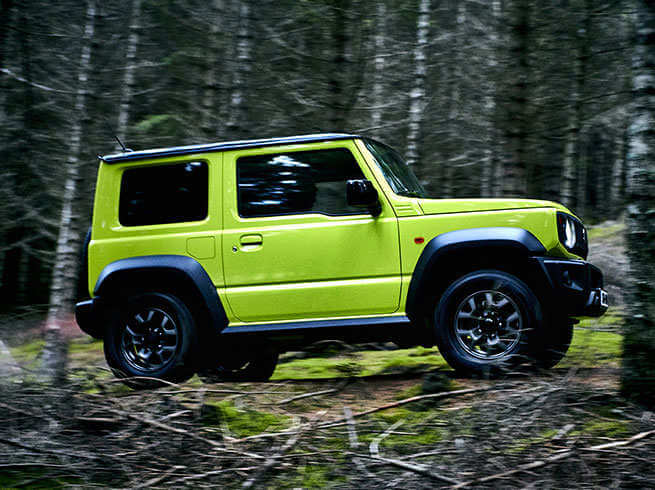 It comes equipped with Auto LED projector headlamps with daytime running LEDs and Comes with high-beam assist (automatically switches between low and high beam) as well. There are multi-reflector halogen fog lamps. Tail lamps are regular incandescent bulbs. As per the Safety is concerned, It has Six airbags (dual front, curtain and front side), ABS with EBD and brake assist, ESP (electronic stability program) and TC (traction control), autonomous emergency braking and lane departure warning. The new Suzuki Jimny will be offered with Suzuki’s Allgrip Pro 4×4 system for improved off-roading capabilities. The all-new Suzuki Jimny will come with an all-black colour scheme on the inside. The small SUV will get a well-equipped dashboard where the centre stage is taken by a larger SmartPlay touchscreen infotainment system. Other features include keyless entry, engine start-stop button. Its fuel-efficiency ranges from 15-16 KM 2022 Ford Maverick: 5 things that make it best in its segment